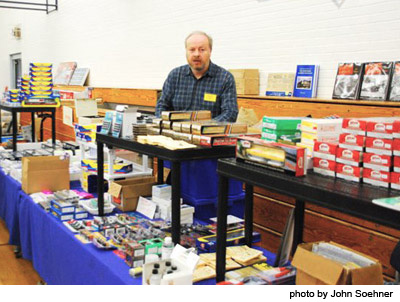 Canadian Express Line started out in 1990 as a mail-order venture, run on a part-time basis by Dave Cool from his home in Laval, Quebec. In addition, model railway shows were attended in the Montreal area, expanding to Ottawa and Kingston after a few years. In 1998 the business progressed to full-time status, by which time the predominant method of conducting business had become email. A steady growth in the client base followed, mainly due to an increase in the number of shows attended. Trips as far west as Midland and Woodstock, Ontario were now part of the repertoire. In June of 2007 Dave moved to a new location in Brighton, Ontario, significantly easing traveling times and costs to many of the shows. In order to expand the client base significantly beyond the Eastern Ontario/Southern Quebec base Dave then decided to launch the online store.

We take pride in our growing reputation for reliable customer service and very competitive pricing. Our growth has been predominantly through word-of-mouth and client referrals……….we must be doing something right. By making best use of the capabilities of the new web site and online store our goals are to:

Get the latest modelling news, store specials, and new arrivals delivered to your inbox.