Book "From Folly to Fortune - The Firing of James Richardson Forman"

(No reviews yet) Write a Review 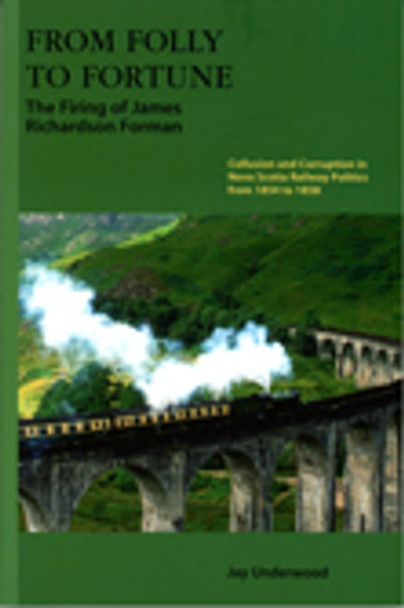 Book "From Folly to Fortune - The Firing of James Richardson Forman"

Subtitled: "Collusion and Corruption in Nova Scotia Railway Politics from 1854 to 1858"

James Richardson Forman was born in 1822 at Halifax, and returned from Scotland in 1854 to oversee the construction of the Nova Scotia Railway, the first publicly owned railway in the British Empire. This book examines the unfair treatment Forman received at the hands of his Nova Scotia countrymen, and asks the question if it could have been Forman, and not Sandford Fleming, who would later (in 1867 to 1876) have built Canada’s Intercolonial Railway from Nova Scotia to Quebec City, had he been allowed to stay on the project.

See the "Manufacturer" page for general delivery and pricing information.

Book "The Great Book Of Trains"

MSRP:
Now: $24.95
Was:
Hardcover book. Published by Salamander Books. Subtitled: " Featuring 310 locomotives shown in over 160 full-color illustractions and more that 5000 photographs" For anyone who has ever been drawn by...

SKU:
MIS-28
Availability:
Sold out after current stock is depleted.
Scale:
All Scales

SKU:
400-12460
Availability:
Sold out after current stock is depleted.
Scale:
All Scales

SKU:
150-14
Availability:
Will be backordered if not in stock.
Scale:
HO

MSRP:
Now: $9.34
Was:
Softcover book.For All Skill Levels. Atlas' electrical wiring system is made easy through step-by-step instructions on how to install and use our quality components on any layout. Includes over 100...

SKU:
150-12
Availability:
Will be backordered if not in stock.
Scale:
HO

Book "Rebuilding a Layout from A to Z"

MSRP:
Now: $23.57
Was:
Follow Pelle Soeborg as he completely rebuilds his Daneville model railroad. He takes all the lessons learned from his first layout and applies them to this project. Using the latest materials and...

Get the latest modelling news, store specials, and new arrivals delivered to your inbox.